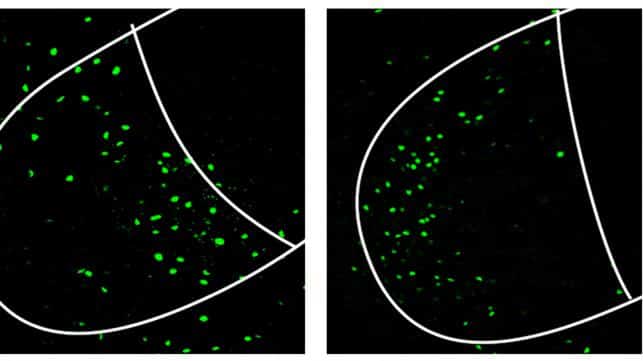 Brain structures that control aggressive and sexual behaviour are controlled differently in females, but they tend to overlap in males, a new study has found.

The study, conducted on mice, showed that the cells controlling these behaviours are separate in female mice, in both those that have not mated and are new mothers.

While the cells for aggression are close to the centre of the hypothalamus, cells for sexual behaviour are at the edge.

“But in the male, the cells are totally mixed up and overlapped,” said Dayu Lin, Assistant Professor at NYU Langone Health in New York, US.

Having a detailed breakdown of brain functions by gender, is a “fundamental step” toward any future attempt to develop drugs that suppress extreme aggression in humans, Lin added in the paper published in the journal Nature Neuroscience.

Further, the researchers found that turning VMHvl cells on or off did control whether female mice would fight.

Experiments showed that the VMHvl cells that females actively used for transmitting signals, or “firing,” while mating were different from the cells used when they were fighting.

But in male mice, many of the same cells were firing during both activities, the researchers said.